I dropped into Spring Valley, eager to confront U.S. 50 once more. I'd heard a rumor from Karen and Jerry about hot food on the other side and raced to confirm. I could see buildings even from my nest of the night before, but in Nevada visual recognition does not equate to successful attainment until a large amount of roadwork is done.
Nine miles and most of the morning had passed before I reached the promised land of Major's Point. Only one look at the menu and I knew what I wanted. How can you see the word Hot Pocket and resist? Why they are not served by every restaurant in the world is a mystery. While I savored the high quality product, I relived the calorie counting days of my twenties - pizza with ranch dressing, double patty melts at the Paladin, and no small amount of beer. What a svelte physique I had during those years. 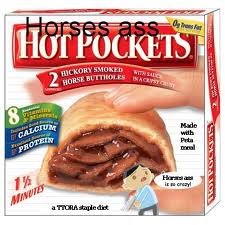 Karen and Jerry had suggested an alternate road for the next few miles and the bartender at Major's agreed with their recommendation. What was most likely an older incarnation of 50 ran parallel, unused but relatively intact. I was able to avoid traffic for a couple hours, most especially important because this portion of highway is narrow, steep, and hemmed in by guard rails. When I rejoined the big boy road at the summit, Conor's Pass, the worst section was in the rear view mirror.
Coming off the pass there was enough shoulder, although I was forced to roll the buggy on the rumble strip. At first the sensation was intriguing, we bounced up and down like a hooptie ride. I realized after ten minutes why normal people don't drive those kinds of cars. The jack-hammering effect of having your body shaken like a bowl of Jello takes a toll. I preferred the risk of being flattened to the certainty of losing teeth and walked out onto the driving land whenever there was a pause in traffic. So much for safety.
Late in the afternoon I passed the state maximum security prison, secure in the knowledge I would not be offered a hitch for the rest of the day. Just beyond I came upon memorials for two more dead mining communities, Ward and Taylor. Both had population highs of 1500. Osceola had been credited the same number, making me wonder if Rain Man had been hired to do the census figures. During the interviewing process, find out if the candidate has further skills beyond aptitude in math.
Of course, we aren't privy to the skill set of the other applicants. Snoop Dogg's (or whatever the hell he calls himself now) estimation that there were fifty two "hobitches" in Taylor might have been taken out of context by an interviewer lacking an expert level of linguistic talent in the field of Ebonics.
I came to a resting spot at the Ely Elk Viewing Area twelve miles short of the city. Thirty two elk brought in from Yellowstone years ago have flourished in the Steptoe Valley. 1500 (definitely 1500, definitely) now roam in the vicinity, though I saw none. Instead I was visited by a barn owl, which hovered over the tent, wondering for a moment if the head sticking out of my sleeping bag would make a good meal. Luckily, I was ruled inedible.