We're Not in Delaware Anymore Toto 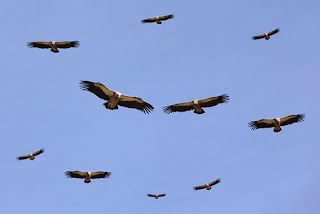 The first state has been knocked out. Dad walked with me today and our caravan of two passed over the state line on a back road sometime in the early afternoon. We finished up on the outskirts on Denton, Maryland, a picturesque town sitting aside the Choptank River. I highly recommend the Guinness Burger at the Market Street Public House there.
Delaware was pretty easy. I haven't looked at a map yet, but if all the states are this small I will be done by the end of May. Seriously though, today was the most difficult yet as the miles have worn on my feet after another hike just under 20 miles. Tomorrow the plan is to take it a little easier and stay in the same hotel in Denton -I'm thinking of making Tuckahoe State Park the destination, about 10-12 miles to the west.
The route today was again mostly farmland with a little bit of forest at the border of Delaware and Maryland. We saw a great deal of wildlife including a white-tailed deer, a muskrat, two caterpillars, numerous butterflies, and hundreds of vultures that are just waiting until I pass out and die on the road somewhere.
We also witnessed the gruesome carnage that ensued when a group of deer attempted to re-enact the climactic scene of "Reservoir Dogs." Several of the dead animals were strewn across the road right around the border. My official welcome to Maryland I suppose.

Mmm...Guinness burger. I better pass the word on to Kevin on that one. Congrats on knocking out state one bro. But seriously, take your time on Maryland, crackers are broke these days!

Sounds about right for this area at this time of year! Too many deer + rutting season = carnage on the roads.

Hey, great news about the carrion birds following you. You made my day! Keep up the good work! -Colin Stewart