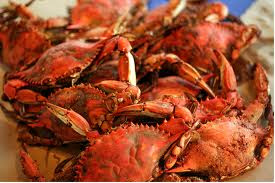 I knocked out my best mileage day yet today, going a smidgen under twenty to raise my total to eighty-four for the trip. After several days of wearing sunglasses I now have the most bad-ass raccoon eyes ever. Everyone has complimented me on them or just pointed and wondered aloud, "what is wrong with that guy's face?"
Dad formed my company on today's jaunt and we started just South of the village of Starr. After about a mile we saw Back Starr Road, which appeared on my Google map as Black Starr Road.
I pondered for the next few miles how much of a difference just that one letter could make. The Michael J. Fox classic would now be "Black to the Future" and Will Smith would ride a pimped out Cadillac with spinning rims into the 1950s where things would go quickly awry for him after he gazed for two seconds upon a white woman. The Sci-fi comedy in which Will Smith starred in reality would now be "Men in Back," a classic man-love flick. The inspirational equestrian story "Black Beauty" would become "Back Beauty" a story of a woman who could have been a perfect ten - as long as she did not turn around. If you can tell from these thoughts that the first ten miles were boring please treat yourself to a cookie, perhaps two if you feel particularly proud.
The second half of the day held much more for the eyes to behold. We hit Highway 18 and started along the approach to the bay, passing the towns of Queenstown, Grasonville (where Dad left me to go grab a beer, smarter than I he is, syntax of Yoda have me), and Kent Narrows (where I stopped for the night).
We lunched in Queenstown, which boasts an old courthouse dating back to early in the 18th century. Further along 18 we heard tell of an amazing battle from the war of 1812. A historical marker commemorated the tale of martial glory. Two people died as well as the British commander's horse. Apparently no one had taught the sign maker the word "skirmish."
We are headed out shortly to join my friend Frank and his wife Jamie for dinner at the Crab Deck, across the road from the hotel. The word is that Maryland crab straight out of the Chesapeake Bay is not terrible. I imagine I will be able to down a bite or two, just to be polite to my Terrapin hosts of course.

Postscript: The food was indeed wonderful and the restaurant surrounded by a panoramic view of the bay. Many crabs gave their lives for us. The company was the best of all, it would be hard to have a better end to a day.