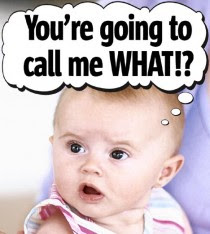 I have reached the age of late where my friends have begun to breed in a fashion reminiscent of certain members of the rodent family (I will let you choose from amongst the many possibilities if you have a particular rodent fetish). As each progeny drops from the womb like leaves from an oak tree, I realize that the time has come for me to get involved in the process. My part must be done in the cycle of human regeneration. There must be spawn.
Now most who know me will realize that I have two major strikes against me in this regard. For those who do not, I will go over the inherent problems. First off, I am single. It is hard to populate the universe if your fish are swimming on your stomach. Anyone who has succeeded in this effort please contact me. Secondly, and perhaps more importantly (I leave you to judge) I am gay. Once again, there just is not much of a target to hit in the realm of female fertilization if there is no female involved. So I have decided that while I attempt to clear these formidable hurdles, which would trouble even the great Edwin Moses, I will come up with a name for my theoretical heir.
My first thought is to give my child a holy title, one that would engender respect from all, be they rich or poor as long as they not be atheists. Buddha Muhammad McCandless or Jesus Christ McCandless come to mind (I used to have a soccer coach who called me that, it wasn't a compliment).
These are obviously very important religious figures in our world's history and I think it would honor their memories as well as make my child immediately loved and worshiped. My friends whose job it is to keep me in check, have told me that this idea is completely insane and would result in the murder of either me or the child or both of us at the hands of some zealot if I were lucky.
I feel my good buddies are worrying too much and that our pious human brothers would never do such a thing. However, it is unlikely I will follow thru with this plan - such a name would perhaps be too much for junior to live up to in the end.
So if not Jesus or Buddha, what should my son or daughter answer to for the entirety of their existence? Should I follow the shining example of Malcolm X? He changed his last name from Little, saying it was his slave name and that X expressed the variable or the unknown, which was the reality of his true family surname.
How about something like X Y Z, indicating a complete rejection of the naming process itself and the white power structure that created it - Prince (or whatever symbol or moniker he is known as now) would be proud. After sobering up, however, I realized that I am in fact white and McCandless is my real last name.
What am I left with - a series of lame names like Bob, James, Mike, Steve, Julie, Jennifer, Lisa, Amy, etc. How can I give a child of mine a life lived with such a horrid set of symbols. It would be beyond cruel - how these people can go on living their profoundly unoriginal existence is past me.
If I was known by one of these cruel titles, I think I would long ago have plunged my car into the Grand Canyon or stuck my head in the microwave (it doens't work - I can't get it closed - damn my neck to hell) or eaten Twinkies til my stomach exploded.
So I am at an impasse. If you, dear reader, have any suggestions to help me through this dilemma please let me know. Thanks in advance for your help, and I apologize for making fun of your name even if it sucks. At least none of us got stuck with Lemonjello, Shithead (pronounced shi-theed), or Jesus Condom. No matter what I choose, the bar has been set pretty low by some.
Posted by Alastair McCandless at 4:48 PM

Roderick George McCandless in honor of the most (and perhaps only) significant Scotsman alive today, "The Hotrod" Rowdy Roddy Piper.

Sean Connery would kick your ass for dismissing his as insignificant. Anonymous, huh? I bet you are actually Alex Trebek. You will rue the day you crossed me Trebek!