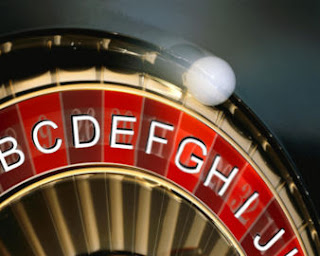 Ever since I was first complimented on my fine bean burrito making skills during a short stint working at a convenience store Taco Bell, I knew I was destined for greatness. Sometimes when I sit in the dark and ponder my existence, I wonder just what my hoof print on this world will be. Okay so I have a bit of a weight problem right now.
I have not scaled any major mountains (if you discount Table Rock), I have never won the Super Bowl, nor taken home a Pulitzer Prize for journalism (consider this article a plea to the committee) or even committed any sensational robberies that could be turned into the sequel to "The Italian Job," a movie in more dire need of a second coming than fans of the Left Behind series. If Johnny Damon (or is it Matt Damon, I always get them confused) can get away with three Bourne movies, why not a series of movies about his clever thief _________ (insert character's name here cause I sure won't bother to look it up). Although I fell asleep near the end, I am fairly certain that guy didn't die and even so I smell a prequel (a word not recognized by my Jurassic addition of Microsoft word - my spidey sense spots foreshadowing).
Enough of my desire to create a cinematic masterpiece on par with "Mighty Ducks 6: Ice in My Crotch." What I want to do is make a footprint on the world and my movie ideas always get panned. Apparently, according to Hollywood snobs anyway, you can not write a movie script while sitting on the john for five minutes - at least one that is more intricately plotted than an episode of "Saved by the Bell". Well tell that to the writers of "Gigli!"
How then could I create an impression larger than the Nike (insert corporate logo here- I never said I wasn't a whore) driven indention of a Brontosaurus Rex. Then it hit me - I would create a word! Why did yours truly decide on this path to superstardom? Because it is easy and anyone can do it - a requirements even I can meet. Hell, if my spell checker is any indication, I have invented several words already - and I have only yet begun to defile the English language.
If I typed long enough, it is not outside the realm of possibility that I could even create my own idiom. Unfortunately, misspelling the majority of what you write does not get you a ticket into the latest edition of Webster's or I would have been there years ago.
Still, there are literally hundreds of words on the planet, why can't one of them be birthed upon my tongue? (if that sounds sexy my phone number is at the bottom) My impetuous younger brother Colin tried to create a word once upon a time when we were but wee lads. His word was glogenflugel and as you have certainly not heard it, you can tell it has caught on about as well as Vanilla Ice's acting career. The problem was, besides being harder to spell, the word meant absolutely nothing (a stunning parallel to my own existence). So, glogenflugel did not fly, and even if it had we would have to give grudging credit to my brother's creative if deranged babbling. Where, then, can I find the source for my new word?
I thought that my restaurant would be a good place to start. There are many pieces of equipment there that are not seen anywhere else in the world. Without a doubt, there was some device hidden in the kitchen that had yet to be given a name. I could be the Christopher Columbus of cookery - discovering something that was already there, but hopefully without the smallpox or genocide (I think I did give the dishwasher pinkeye though).
Everywhere I turned though, I found the equipment was already named. Ramekin, hobart, bullet (different bullet NRA guy, point that erection elsewhere), etc. they had all already been previously assigned words. I was desperate, panicked, like a tribal chieftain in search of a virgin mere moments before the local volcano's eruption.
Where else could I find a word? I am not geeky enough to come up with one of those technology-related words. Anatomy? No even the flap of skin between the rectum and the testes/vagina has at least four different words to describe it (taint, gooch, grundle, and the medical term is perineum according to my future nurse friend Lisa). How about something incredibly random like the tip of a shoelace? Apparently, this too has been taken - the word aglet ring any bells? What was a frustrated word birthing virgin to do? Then it dawned on me. Check out my new addition to Webster's 2008 addition:

Impossiblexicographication: (n) the impossibility of creating new words due to the overabundance of previously created words.

Too long? Fuck.
Posted by Alastair McCandless at 9:15 PM