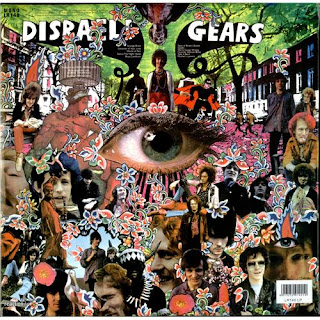 I have been taking a break from writing about the political world of late to cleanse myself from the filth that one inevitably picks up from swimming in that particular cesspool. In the purported words of 19th century Prime Minister Benjamin Disraeli, the British politician uses the word statistics instead of politics, but the sentiment still applies. Disraeli, if he even spoke the attributed quote (it is ascribed to him by Mark Twain but their is no written evidence of the utterance) was trying not to paint himself with the same brush, but the statement most likely applies to him and a majority of the people associated with the tawdry world of politics.
What do we believe in a world with so much information and so much doubt about what is fact and what is damnable? On most issues there at two sides (or more) each espousing contradictory positions and characterizing their opponents beliefs as untrue or unsound. I won't pick a side unless I feel like I understand the underlying issues, I do try to educate myself.
Once I do pick a side I always have a nagging feeling. There is so many newsites, articles, editorials, blogs, opinions, etc. to absorb and my brain is only so much sponge to soak up a biblical flood of facts and figures. Have I decided to believe the lies of the liars are true - do I view the truth as a lie and a lie as the truth? Am I caught up in the Matrix believing an upside down view?
Things were so much simpler when Cheney was around. Without the pervading stench of evil it can be hard to tell which way the path leads. I guess I could always listen to what Rush Limbaugh says and believe the opposite.
Clearly I would then need a bath.
Posted by Alastair McCandless at 4:11 PM

Amen. It's about time people wake up and smell the stench from both sides. This is a middle-right America. Not the exact opposite.