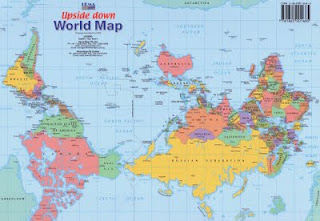 The state of South Carolina finally snapped Thursday after centuries of suffering in silence, demanding that the state of North Carolina "get the fuck off."
According to historians, North Carolina has been carelessly and inconsiderately sitting directly on top of South Carolina for about the last three hundred years or so.
South Carolina's proposal has brought mixed reactions across the state. Geologist Kevin Smithfield is concerned about the repercussions should North Carolina take the hint and actually depart its present location. "We've never in all of our planet's history had a land mass of this size just run off and take up a new position on the map. How will the fault lines be effected? Will Virginia, Maryland and the rest of the Northeast coast collapse in a heap like the last disastrous move of a Jenga game and crush South Carolina under their combined weight? These are all things South Carolina should have considered before making these rash demands"
Local pothead John Parker Williamson claims Smithfield is in wrong to be worried, pointing out that, "The world can just flip itself upside down and then South Carolina will be on top, problem solved."
Others are downright cheery regarding North Carolina's proposed departure. Travel agent Lisa Sundberg suggested in a recent interview that if North Carolina were to move down the coast a little bit it would become a Caribbean hot-spot right here in the United States.
Charleston Mayor Joe Riley agreed with Sundberg, saying "I believe North Carolina's relocation to be great for our city. Here is yet another reason to come to our great city; we have Spoleto, historic plantations, and now 400% more beaches than before. Obviously this new property will be annexed immediately by the city of Charleston"
At this date we can only speculate what our northern neighbor will actually choose to do. The Tar Heel state has refused any comment as of press time. Whether the state will respond to South Carolina's ultimatum is still unclear.
If North Carolina does decide to evacuate, the geographic rearrangement may not be over. Florida is also rumored to have asked Georgia to get its ass out of its face.
Posted by Alastair McCandless at 11:03 PM

There was a political song not too long ago by some Latin American guy called "si el Norte fuera el Sur" ... if the South was the North.. and how that would be reflected in the world scene if the power actually belonged to Latin America. Interesting stuff, I say.