Forget the Fork, May I Recommend a Shovel? 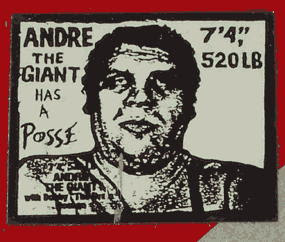 Quick comment today on an issue that has been on my mind a bit lately. Don't worry, I won't get into politics, so put down your oxygen mask, there will not be the usual vituperation reaching through the glass protecting your face and slapping it with some seriously righteous indignation.
Instead I stand on my soapbox to converse with you all in a monologue related to the Travel Channel. I find monologues are the best type of conversation, don't you?
Now I will have you know, I am a pretty big fan of the Travel Channel, not the Kathy Bates character from "Misery" type of a fan, but I certainly watch a lot of their programs, from Anthony Bourdain's show to "Man vs. Food," even the chick who goes to Europe who looks like my good friend Mark's wife (Samantha Brown). She is kind of a weenie sometimes though, a traveler scared to try most new things.
Poor, innocent Samantha is not the source of my ire, however, but rather the shows in the realm of Adam Richman's "Man vs Food." I have nothing personal against the host, his television personality makes him seems like a pretty nice, down-to-earth fellow. He may be a raging ass hole in real life, but who knows, that is not the point and I will come to one eventually.
The bone I have to pick mainly comes with the thematic concept of the program. The host travels from place to place attempting eating challenges where he is usually asked to stuff his gob with enough food to feed a third-world country for about two weeks. Travel Channel has other programs with this pig-out theme, including "Pig-out Palaces" which I just sat through in stunned awe for the second time (I know there is something wrong with me but now is not the proper time nor place to go into that).
Do we as Americans have an fucking inkling what this kind of behavior looks like to someone who lives on a dollar a day, a person who does not necessarily know when his or her next meal will be if there even is one? There is something wrong with the basic morals and philosophy of a society that glorifies this kind of incredible gluttony.
In my personal life as an employee at a fine dining restaurant I see similarly absurd levels of consumption by many of our customers. You need a lobster, a 20 ounce steak, an appetizer, a salad, two side items, a dessert, and a bottle of $100 wine to make it through your night? Really?
We have become a land consumed with the self. Don't get my wrong, I am all in favor of individualism, everyone is special, especially the special people and everyone should have their opportunity at the American dream, whatever the hell that is nowadays. But no one, and I mean no one (except maybe Andre the Giant and he is dead) needs that much grub - or in the case of my customers, to spend that amount of money on something they are just going to shit out in 24 hours if God or infinite chance (got to please those atheists too, hi Dad!) has blessed them with regularity.
I am not saying to eat healthy (for that would be the rankest of hypocrisies on my part), just eat sanely.
Posted by Alastair McCandless at 9:47 PM

Agreed, bud. That show is absolutely ridiculous in its message. Don't get me wrong... it actually makes me want to visit these restaurants... but knowing how hard it is in places like Ecuador makes me cringe with disgust. It's our seemingly unending feeling that the world is ours to take: food, oil, water. It will, it must, run out soon... and we will look back and wonder how it was that we could be so short-sighted.

Well summed up, I probably could have saved the readers some pain if I had just written that.

Melissa wantes to know if she's the weenie or Samantha Brown...lol.
-Mark