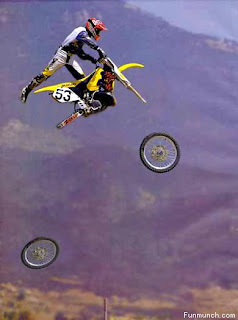 After nearly sixty days of previously unmatched ineptitude, the unthinkable has finally happened. The Cleveland Cavaliers have won a basketball game. Way back in the dark days of 2010, on December 18, long before the Egyptian protests to overthrow Mubarak had begun, the Cavs managed to overthrow the New York Knicks in an overtime thriller, snapping their ten game losing streak.
Little did the Cleveland players know that the ten game skid was just a precursor of greater (lesser?) things to come. Through the months of December, January, and on into February the team lost like no other team in NBA history has managed to do. They never even managed to take one of those games into overtime. That was true until today Friday, February 11 when the franchise decided to put their foot down and give their fan(s?) an early Valentine's Day present by squeaking by the Los Angeles Clippers in the extra period.
As a budding historian of colossal athletic failure, I thought this momentous event would give me an opportunity to discuss some of the greatest embarrassments ever to take place on a sporting field. Sometimes when the wheels start to come off for a sports team, its hard to get them back on again. If the Cavalier players and fan(s?) are looking for a silver lining here are five teams that might make them feel a little better about themselves.

1. Cleveland Spiders (20-134), 1899: Okay Cleveland, I thought we'd get this over with quickly. The Cavaliers aren't your city's first brush with losing greatness. The Cleveland Spiders were a major league baseball team in the late 19th century that enjoyed a great deal of success in their early days, boasting three future Hall-of-Famers, including some guy named Cy Young.
Things took a turn for the worst for the Spiders in 1899 when the owners decided to purchase a second team in St. Louis. Nowadays the same owner would not be allowed to control two different franchises. Allow me to demonstrate why this could be a bad idea.
Believing they could make more money with the St. Louis club, the ownership decided to send all of the good players on Cleveland to St. Louis, including those three Hall-of-Famers. The fans quickly caught on to the stench they had been left with in place of their former team and decided their money would be better invested in anything but watching the fecal matter nine showing off their talents, or lack thereof.
Attendance was so poor that the National League forced the Spiders to play almost three quarters of their games away from the friendly confines of their nearly empty stadium, where they finished the season a stellar 9-33. Of course, that was a lot better than their 11-101* road record (*not a typo). Here are some fun facts relating to the diamond disaster we know today as the 1899 Cleveland Spiders:
- The two winningest pitchers each won 4 games. They combined to lose 53.
- The Spiders finished 84 games out of first place and 35 games behind the 11th place team in the 12 team league. That means they were assured last place with about a month left to go in the season.
Fortunately for everyone involved the team was disbanded after the season. There you go Cleveland fan(s) - your team isn't even the worst in the city's history.

2. Cumberland University football (0-1), 1916: You might look at the record and think, hey a one loss team doesn't seem so bad, especially to Cavaliers players who have experienced a column that looks like this: LLLLLLLLLLLLLLLLLLLLLLLLLL. When you hear that the loss was in a football game and it came by the score of 222-0 you might change your mind. But I'm not telling you what to think.
This story features another person who has an award named after him, some guy named John Heisman, who was coaching the Georgia Tech football team at the time. Coach Heisman was a little upset after his school's baseball team was drilled by Cumberland in 1915 by the lop-sided score of 22-0. Rumor had it the Cumberland side had used ringers in the blowout.
The displeased coach decided to wreak his vengeance on the Cumberland football team with whom they had a contract to play in the fall of 1916. It mattered little to Heisman that Cumberland had disbanded their team, a deal was a deal and if the team failed to show up in Atlanta they would owe Georgia Tech $3,000, a good deal of cash for that era.
Cumberland chose to show up with a team of students to face one of the better college football programs in the country at that time. The result was an ass-kicking that will likely never be equaled. 222-0. The Ramblin Wreck scored every time they had the ball, rushing for 1620* yards (not a typo) in the game. Even Rudy had like six touchdowns.
The Cumberland offense was even more exciting, at least for the Georgia Tech fans. They managed to only go backwards 96 yards on 27 carries for an average of just under -4 per attempt, fumbling the ball over to Tech on nine of those rushes. Their passing was a little better, resulting in 2 completions in 18 attempts for an overwhelming 14 yards. Unfortunately 6 of those passes ended up in the hands of a defender.
Mr. Heisman I believe its safe to say vengeance is yours.

3. Detroit Lions (0-16), 2008: Since the Lions undewinned season is so fresh in our minds, I won't dwell on it too long. These pussy cats lost three more in a row the next year before getting a victory. One could argue the Tampa Bay Buccaneers should have this spot - they actually lost 26 straight from 1976-77 including an 0-14 inaugural campaign. They were an expansion team so I'm giving them the benefit of the doubt. Much as the Bucs 0-14 was eclipsed by the 0-16 Lions, Detroit's infamous record may one day be broken. The league is currently considering a move to an eighteen game schedule. Can 0-18 be far away?

4. Prarie View A&M (0-90), 1989-1998: No team on this list yet has managed the kind of consistent year after year after year losing Prarie View A&M football pulled off during the decade of the 1990s. Their ninety game losing streak during those seasons is a record as unlikely to be equaled as Cy Young's 511 wins or Brett Favres 7 million game# playing streak (#number subject to slight inflation thanks to a combination of ESPN slobbering hero worship and Favre ego).
The skid doubles the second longest one in I-AA history, Columbia's 44 game stretch of ineptitude. They at least had an excuse - they were at freaking Columbia, an Ivy League school. I'm sure Prarie View is a fine academic institution where students have better things to do than compete in a football game once in a decade, but good lord man scheduling the School for the Deaf and Blind at least once every five years to avoid ten year losing streaks might be a good idea.
In 1991, the team's worst year that might not have been a weak enough team for them to beat - the offense scored 48 points all season, while the defense was surrendering an average of 56 every game! Vaunted football power Alabama State thumped them 92-0.

5. Bulgarian Women's Hockey Team 2010 Olympic Qualifying: Don't worry hockey lovers, I have you covered as well - in men's hockey one can slow a blowout by just getting in a bunch of fights. Unfortunately, in women's hockey fights are not allowed. A sad revelation I know for all of you out there wanting to watch a bunch of chicks punch each other in the tits.
As a result of these strange rules the Bulgarian team was forced to try to compete i hockey during their game against Slovakia, something they are not very good at if the final score of 82-0 is any indication. Kudos to the goalie, however who made 57 saves to keep the score respectable, forcing the Slovakians to wait an average of 44 seconds between goals.
During the course of their four qualifiers, Bulgaria gave up more goals than the Detroit Red Wings did the entire 2009-10 season. The team did show steady improvement compared to the Slovakia debacle, losing 39-0 to Latvia, 41-0 to Italy, and 30-1 against Croatia. I wonder what that goal celebration was like. Hopefully poor Andres Cantor didn't have to broadcast the games - he certainly would have been a bit hoarse.

So now you've seen just how bad it can get in the world of sports. Cheer up Cavalier fan(s), things can always be worse. Of course, there still is the matter of that road losing streak....
Posted by Alastair McCandless at 11:04 PM

I'll never forget that the 08 Detroit Lions went 4 and 0 in the preseason. What an epic way to let their fans and themselves down....

.....And ultimately the end all reason that I'll never watch another preseason football game in its entirety ever again. Of course assuming that we will ever watch NFL football ever again.

Preseason football led to believe that it might be a good idea to pick Spiller in my fantasy draft this year. You may be on to something sir. There will be NFL football this year though - or I will go on a murderous rampage. Either way I will be happy.

An interesting (recent) tidbit from world soccer. In 2002, China debuted in the World Cup and went 0-3 without scoring a single goal. Not bad for the most populous nation on Earth.
Further, France (defending champs) also failed to score and went 0-2-1. Zidane was injured and couldn't headbut anyone.
Then there's the next most populous nation...India. Never made it to the World Cup.

In addition Robert, here are some suggestions for some of the worst soccer clubs ever from Soccer Lens.
http://soccerlens.com/the-worst-football-teams-of-all-time/20895/