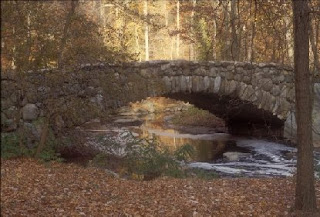 Friday was spent with Robert's family in Raleigh, where we were treated to a traditional Ecuadorian meal of chorizo, steak, chicken, shrimp, and salmon. Not big vegetarians these Ecuadorians. We finished off our feast with shortbread filled with dulce de leche and guava, with a bottle of port to wash down the deliciousness. The next morning the five of us hopped into an Acura built for two (and maybe a midget) and made our way towards the nation's capital.
When I entered Washington DC on a beautiful fall Saturday, I expected to be greeted by a dirty, murder and narcotic-riddled city teeming with congressmen, lobbyists, and other assorted gang members. I had no doubt there would be a crack-house named in honor of former mayor Marion Barry somewhere near Pennsylvania Avenue.
Riding through the Mall area and past the parks astride the Potomac River, I realized how mistaken my preconceptions were. The weather could not have been more beautiful, nor the surroundings more picturesque.
The natives were everywhere, some jogging, others playing volleyball, while still more plied the still waters of the Potomac in kayaks and canoes. The road to my cousin's flat was surrounded by the lush vegetation of Rock Creek Park, an urban jungle composed not of cold steel and concrete, but rather the verdant green of trees and plants. The city contains an impressive amount of parkland, 720 acres of which surround the river's edge.
Everything was not wine and roses, of course. Washington's streets were an intricate maze, with roads running into one another at angles that defy any attempt at reasonable explanation. Driving was, as a result, a tricky proposition at best, and the dense traffic made the task all the more difficult. Once you are ready to put your car to rest, trying to find a parking space in the capital can be harder than finding a politician who won't accept a campaign donation from one of our "rescued" banks.
Thankfully, DC is blessed with an excellent public transportation system and once we arrived at my cousin's place we were able to dump the car in exchange for the relatively stress-free comfort of the metro (subway). Once ensconced in our train, we headed out to RFK stadium, named after JFK's equally assassinated brother, in order to view the forces of good (= USA) do battle with the satanic Cuban side in a soccer match of unmatched historical importance.
A small, but boisterous crowd of 20,000 greeted us as we moved towards our seats, and despite the defection of two Cuban players unafraid of the current American economic crisis, the game went on as scheduled shortly after seven p.m. The damn commies put up a heck of a fight for the first forty-five minutes, pulling into a defensive shell and holding the US side to a 2-1 halftime lead.
Those who view the beautiful game of soccer as a boring affair slightly less interesting than watching their carpet grow would have been shocked at the second half results. The ejection of a Cuban player late in the first half led to the opening of the floodgates. With only ten players on defense the Americans were able to take advantage to the tune of four goals, and the game ended 6-1 in favor of Uncle Sam's bunch (for a more professional look at the results, check out my friend and soccer expert Robert's analysis).
The victory ensured the United States advancement into the final round of World Cup qualifying. My need to celebrate such a momentous occasion was insatiable. Since I was suffering from the dreadful sting of poverty at the time, as was my brother (a perhaps as yet unmentioned traveling companion), we chose to eschew the usual bars and nightclubs in favor of the excitement that runs throughout the length and breadth of the downtown Washington neighborhoods.
In other words, we chose to defile ourselves in the semi-privacy of the stoop in front of my cousin's flat. DC is chock full of areas where the houses have been turned into apartments and rented out to the younger denizens of the city, who are otherwise unable to afford the astronomical housing prices prevalent in the District.
We grabbed some beers and a grill and proceeded to find our inner girl scout by roasting smores and draining some Coors (or possibl another beer that does not taste like old socks). We sat, chatted, and watched groups of young people go by on their way to the bar district only a few blocks away. Those returning a little later on were infinitely more entertaining courtesy of their awkward stumblings, feeble fumblings, and incoherent grumblings.
As the night faded and my time in Washington came to an end, thoughts of a return danced on the outer edge of my vision. There was no chance during my short visit to get lost in the labyrinth of the city's eighteen Smithsonian and Smithsonian-affiliated museums. If I took five minutes to look at each individual exhibit, I will likely have seen them all by the year 3405.
I also have plans to visit the reflecting pond in front of the Lincoln Memorial and challenge Michael Phelps to a 400 meter freestyle race there. Finally, a third national political party needs to be created in order to bring back democracy to America and to destroy the current kleptocracy. Sounds like I will be busy on my next trip!
Posted by Alastair McCandless at 1:58 PM